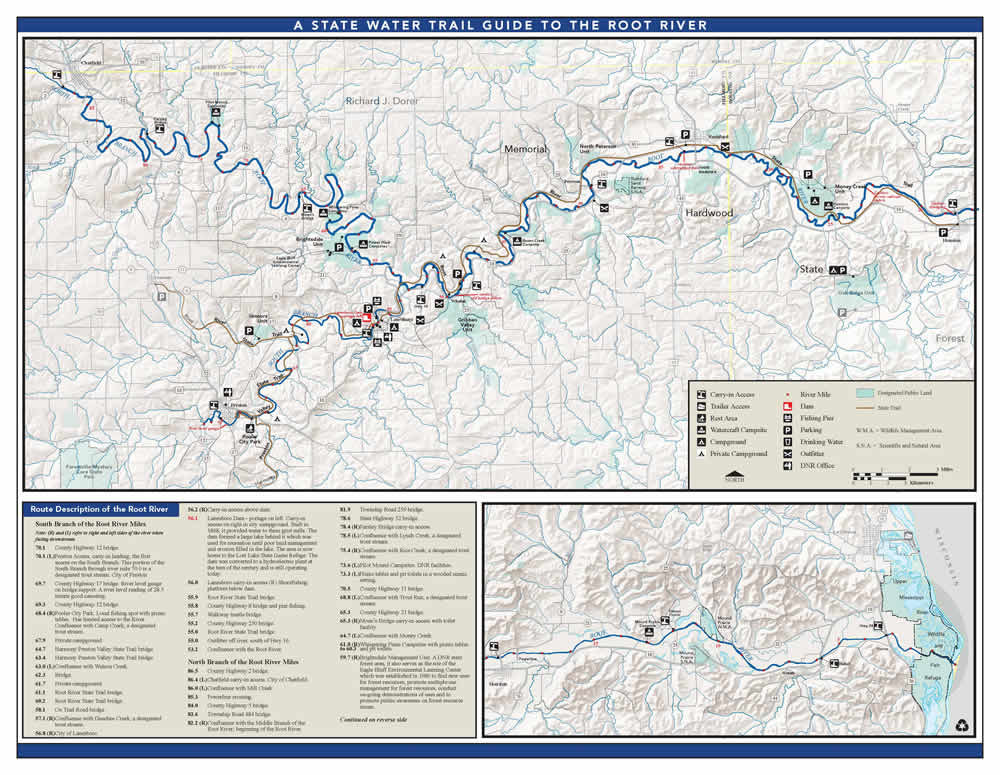 The Root River maintains timelessness as it represents the fine scenic and historic qualities which are characteristic of southeastern Minnesota. The Root River has gentle to moderate flow with a few riffles. The water level varies substantially with rainfall. The river offers wonderful opportunities for family day trips, and towns along the river offer historical sights, services and hospitality. Those who are more adventurous can take advantage of the canoe companies for overnight trips.

Water characteristics – The water flow on the Root River ranges from gentle to moderate. From Chatfield to the Mississippi River the river falls 310 feet for an average drop of 3.4 feet per mile. River levels peak in mid-March and once again in June,. Though the watershed has many spring-fed clear water tributaries including the South Branch, the Root River is somewhat cloudy due to erosive soil types in the watershed.

Landscape – Formed of two branches in the west, the North and Middle, the Root River winds past towering bluffs topped with oak and hickory. Joined above the town of Whalan by the South Branch, a tributary which flows from Mystery Cave, the river continues its way past bluffs and outcrops until Rushford. There the river straightens as the valley broadens considerably. The scenery then settles into a gentle plain of pastureland and mixed cottonwood and maple with wooded rolling hills visible in the distance.

Fish and wildlife – There are many species of fish inhabiting the river including smallmouth bass, channel catfish, rock bass, sunfish, crappies, and rough fish. Most of these can be found in the active stretches of pooled areas of the river. Brown trout can be found in the clearer and colder spring-fed streams, as well as the western end of the South Branch. All anglers fishing in the designated trout waters are required to have a current trout stamp. The Root River supports over 40 species of birds. It is quite common to see blue herons, egrets, and wood ducks moving about the river’s edge. Raptors in the area include red-tailed hawks, osprey, turkey vultures and eagles. Wooded shores harbor mammals such as deer, gray fox, red fox, coyotes, raccoons, woodchucks, squirrels, weasels, and badgers. River otters and beaver can be found in the water. Lizards such as the skink, racerunner, and many species of snakes, including the timber rattlesnake, can be found along the banks and outcrops.

Cultural Information – This area served as a gateway for cultures moving north. The “Mississippi Tradition”, a striking example of cultural development, moved northward about A.D. 900 to 1000. They farmed the fertile bottom land and built terraces above the rivers. In the 1640’s, with the onset of European exploration, France claimed this part of the “New World.” The newly formed United States, in turn, bought it from France as part of the Louisiana Purchase in 1803. The native Dakota Indians continued to inhabit the land until the 1852 Treaty of Traverse de Sioux forced their removal, thus opening the door for further expansion. Soon hardwood stands were cleared and fields were cultivated. Development of water resources and poor land management let to a negative impact on the area’s environment. Catastrophic erosion gradually led the people of southeastern Minnesota to initiate wiser use of the land. Eventually the state established what is now known as the Richard J. Dorer Memorial Hardwood Forest to restore and prescribe sound multi-use land practices. 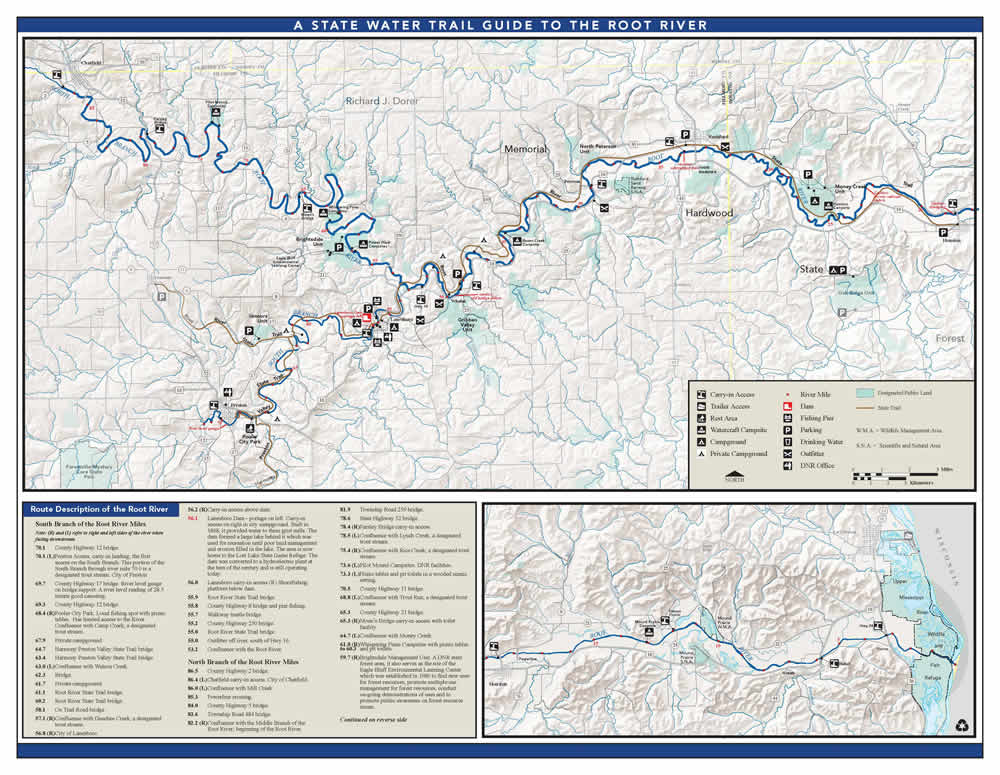 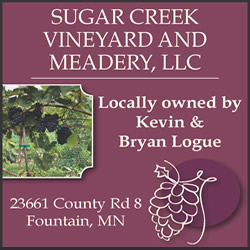 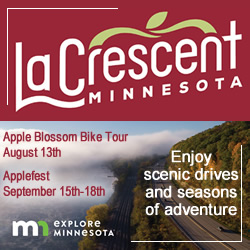 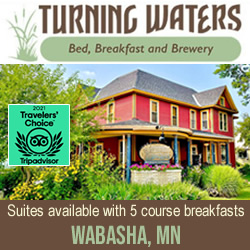 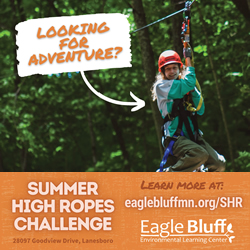 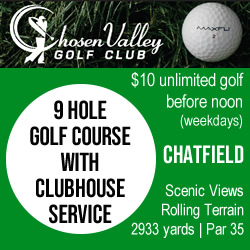